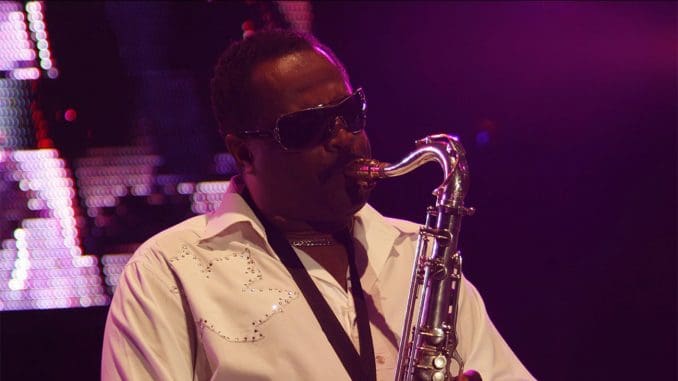 Ronald “Khalis” Bell, the Kool & the Gang co-founder who co-wrote and produced many of the R&B/soul/funk/disco/jazz group’s hits — including “Celebration,” “Cherish,” “Jungle Boogie,” “Hollywood Swinging,” “Summer Madness,” “Open Sesame,” “Ladies’ Night,” “Joanna,” and “Fresh” — has died, according to a statement issued by his publicist, Sujata Murthy. Bell passed away Wednesday morning at his home in the U.S. Virgin Islands, at the age of 68. No cause of death was given at press time.

The self-taught musician, who also went by the name Khalis Bayyan, was born Nov. 1, 1951, in Youngstown, Ohio. His father, professional boxer Robert “Bobby” Bell, was friends with Miles Davis and Thelonious Monk and exposed Ronald and his brother, Robert “Kool” Bell, to jazz music at an early age. In 1964, after a move to Jersey City, N.J., the Bell brothers and five of their Lincoln High School friends formed a band called the Jazziacs, which by 1969, after several name changes including the Soul Town Band, the New Dimensions, and Kool & the Flames, evolved into Kool & the Gang.

That year, the group signed to De-Lite Records, and in 1970 they released their self-titled, entirely instrumental debut album. Two live albums and two studio albums followed before they had their commercial breakthrough in 1973 with their fourth studio LP, Wild and Peaceful, which yielded the hits “Funky Stuff,” “Jungle Boogie,” and “Hollywood Swinging,” the latter two cracking Billboard’s top 10 singles chart. In the late ‘70s and early ‘80s, Kool & the Gang survived the disco backlash and enjoyed even more success with top 10 singles like “Too Hot,” “Ladies’ Night,” “Joanna,” and the No. 1 smash and wedding-reception staple “Celebration.” Kool & the Gang racked up 14 top 40 singles in the U.S. between 1980 and 1986, a feat not even accomplished by Michael Jackson.

ater in the 2000s, Kool & the Gang branched out and crossed over in unexpected ways, collaborating with artists like Jamiroquai, Lisa Stansfield, and U.K. girl group Atomic Kitten on their 2001 album Gangland; playing Britain’s Glastonbury festival; and even touring with Van Halen. Over the course of their career, Kool & the Gang earned two Grammys, seven American Music Awards, a BET Soul Train Lifetime Achievement Award, and a star on the Hollywood Walk of Fame; charted 25 top 10 R&B hits and nine top 10 pop hits; and sold 70 million albums worldwide. In 2018, they were inducted into the Songwriters Hall of Fame. They also still hold the record as the most sampled band of all time, with their music featured on tracks by the Beastie Boys, Jay-Z, Madonna, Janet Jackson, Cypress Hill, P. Diddy, the Killers, and many others.

In addition to his work with Kool & the Gang, Ronald Bell also served as a producer and/or arranger for artists like the Fugees, Jimmy Cliff, House of Pain, Phillip Glass, and Rachid. At the time of his death, he was working on various collaborations, a solo project called the Kool Baby Brotha Band, and a series of animated shorts about his life called Kool TV. He is survived by his 10 children, his four siblings, and his wife, Tia Sinclair Bell.
https://www.18karatreggae.com/dancehall-reggae-entertainment/kool-the-gang-co-founder-ronald-khalis-bell-has-died/?fbclid=IwAR2dAZcFc-IGEEWaJR-CT5UEc7_SCa3fBlicnWybrksEbj0e0uTTWxK5iQU